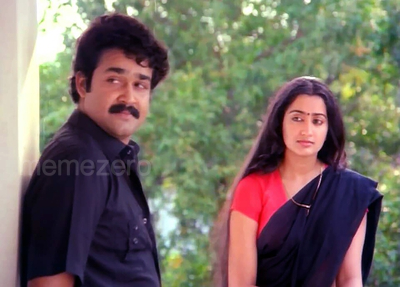 31st July – Thoovanathumbikal, the movie which has achieved cult status among Malayali movie lovers was released 33 years ago on this day. Malayalis who read this need no introduction to the movie. Those who have not watched it can watch it here.

The movie was conceived by one of the legendary directors of modern Malayalam Cinema, P Padmarajan. It is based on his own novel, Udakappola.

The novel – which is dark – depicts the lives of the myriad characters through the eyes of Jayakrishnan and Rishi and ends in tragedy as the life of the main protagonist, Jayakrishnan is in shambles as a result of his anarchic way of life.

The movie, unlike the novel, romanticizes life and elevates the viewer to a unique perspective on the relationship between man and woman. The craft of Padmarajan, the film maker wins hands down in the competition between literature and cinema and Thoovanathumbikal is one of the rare instances where the movie is better than the novel. I cannot agree with others when they say that it is his best movie, but he has created a ballad of rain, romance and music on the screen with this movie. Here I am looking at the movie, not the novel.

The hero, Jayakrishnan, is the story book patriarchal misogynist at first glance. He is the miserly landlord, obedient son and caring brother in his home. A typical village feudal landlord trying to keep up the legacy of his eminent father and live up to his name. He has another face which is hidden from his family – that of the philandering pleasure seeker – when he visits Thrissur – the nearby town. There, ‘he has an underworld willing to do anything for him’ in the words of his friend Madhavan. The way this character is unraveled throughout the length of the movie is mesmerizing. He has so many layers to his character which surprises the viewer as expressed in the movie itself by his friend Rishi. Mohanlal as Jayakrishnan is, in want of a better word, exemplary. The subtle emotions in his eyes – the anger, the love, the pain, the disappointment, the helplessness – simply WoW.

In spite of having an army of friends willing to do anything for him, lots of money and freedom, Jayakrishnan is not happy. The way the director portrays his unhappiness and detachment are evident in two scenes – a moment at the bar where he takes Rishi in the famous ‘chilled lemon juice scene’ and orders beer and also after he arranges Rishi’s one night stand with his village crush with he help of Thangal. These subtle references which can be missed if you don’t watch out for them are the ones which lifts this movie above the ordinary.

Two women enter Jayakrishnan’s life around the same period. Radha – a girl whom he fancies at first sight and wants to marry. She belongs to an aristocratic family similar to his and is perfect for him in the eyes of his family and society. Even though repulsed by the unsophisticated Jayakrishnan in the beginning, she begins to hero worship him and wants to marry him when she hears about his wild ways. The conversations between them are centered around Jayakrishnan’s heroic pursuits. Radha is sadly an extension of the life Jayakrishnan is detached from. The fact that they unite in the end is the ultimate irony, which I think has been missed by many.

Clara comes into his life like an unexpected shower of rain. Jayakrishnan, who nurtures old fashioned notions like ‘keeping himself pure’ for his woman, is flabbergasted by Clara who willingly chooses the sex trade as her vocation. He tries to read her mind, first at the behest of Thangal, and she rocks the foundation of everything he believed in till that moment. She is entirely unapologetic about her choices and has zero regrets. When he offers to keep her as his mistress, she laughs in his face and says she wants to check out all the options before settling down. The Jayakrishnan we see with Clara is a completely different person we see till then. He is reverent, even subservient in front of her. Not even once does he raise his voice at her, not even when she comes to visit him after running away from the life he offered. Clara, on the other hand, sees Jayakrishnan as no one else sees him- the vulnerable man with no one to guide him except his own convictions and superstitions. All the others in his life – including his mother, sister, his so called friends and Radha expect him to play a role.

Over the course of the movie, they meet only three times. For me, their separation in the second visit was the most poignant. When Clara comes back to see him the second time, she hopes for a marriage proposal. She drops subtle hints and looks at him expectantly. Jayakrishnan cannot break his convictions and accept her, as he believes she is not pure any longer. Their good bye after the second meeting is the most poignant as I see it, much more heart breaking than the railway station scene. We can see the war raging on Jayakrishnan’s face and the disappointment and heartbreak on Clara’s face as she sits in the taxi. Her question ‘ Why should we see again?’ sums up her conviction that Jayakrishnan is lost to her.

So what do I like about the movie? The dialog – it tugs at our heart strings more than once, Mohanlal as Jayakrishnan, Sumalatha’s grace and beauty as Clara, Jagathy as Ramanunny Nair, the haunting back ground score by Johnson and the Padmarajan craft.

What I don’t like – Mohanlal’s Trichur slang is completely artificial -how a director like Padmarajan overlooked it is beyond my understanding. It spoils the movie in some parts. The glorification of Thangal – I am not sure why Padmarajan portrayed this dubious character in a positive light.

Thoovanathumbikal is a movie which can be compared to Wuthering Heights – a haunting love story which we want to watch again and again whenever we feel the urge to feel pain. The prints on YouTube and amazon are equally bad. I hope someone digitally remasters them.

0 comments on “Thoovanathumbikal – once more”